The harris hawk is a bird of the United States. It is the most versatile hawk used in bird control will take a variety of prey from sparrows to rabbits. Used as a bird scarer they are most successful at controlling feral pigeons and can be flown indoors and outdoors. Their obedience, intelligence and power of foot makes them the first choice in an urban environment.

Our harris hawks have been flown at feral pigeons in a number of locations such as town centers, warehouses, schools, docks, industrial parks, football stadiums, hotels, refineries and hospitals. In fact, scaring pigeons from London to Scotland, the harris is the ultimate pigeon control hawk for the city. 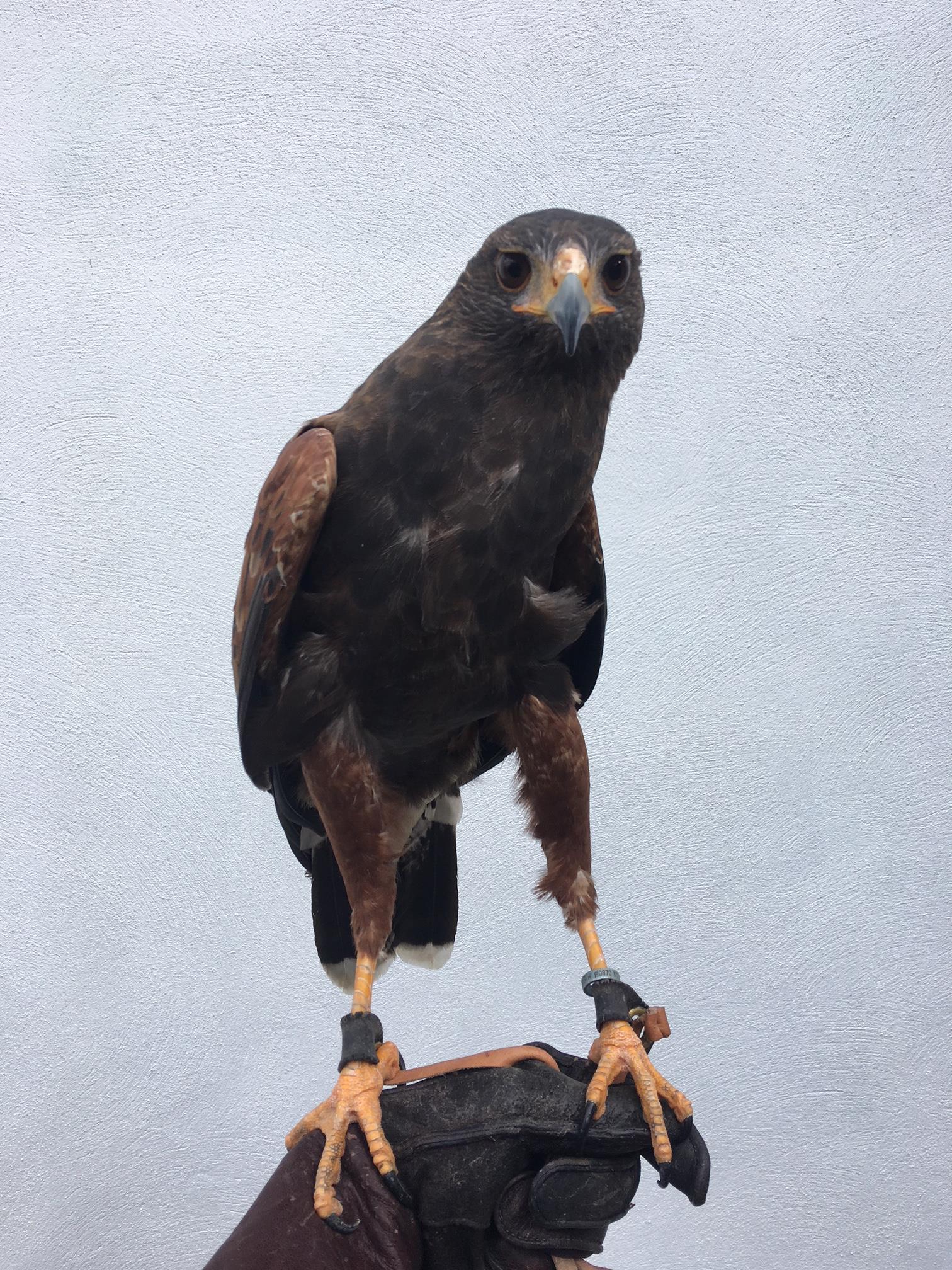